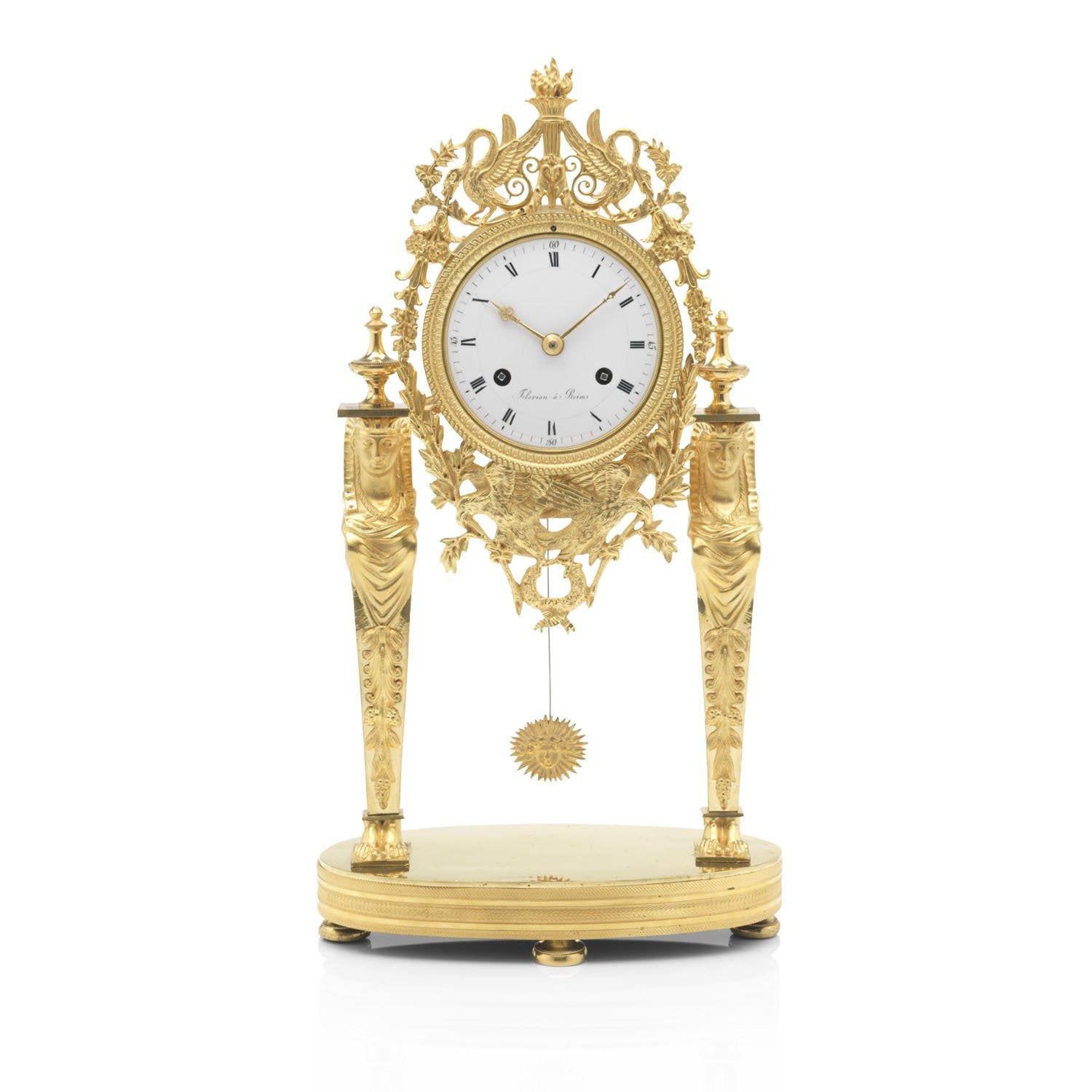 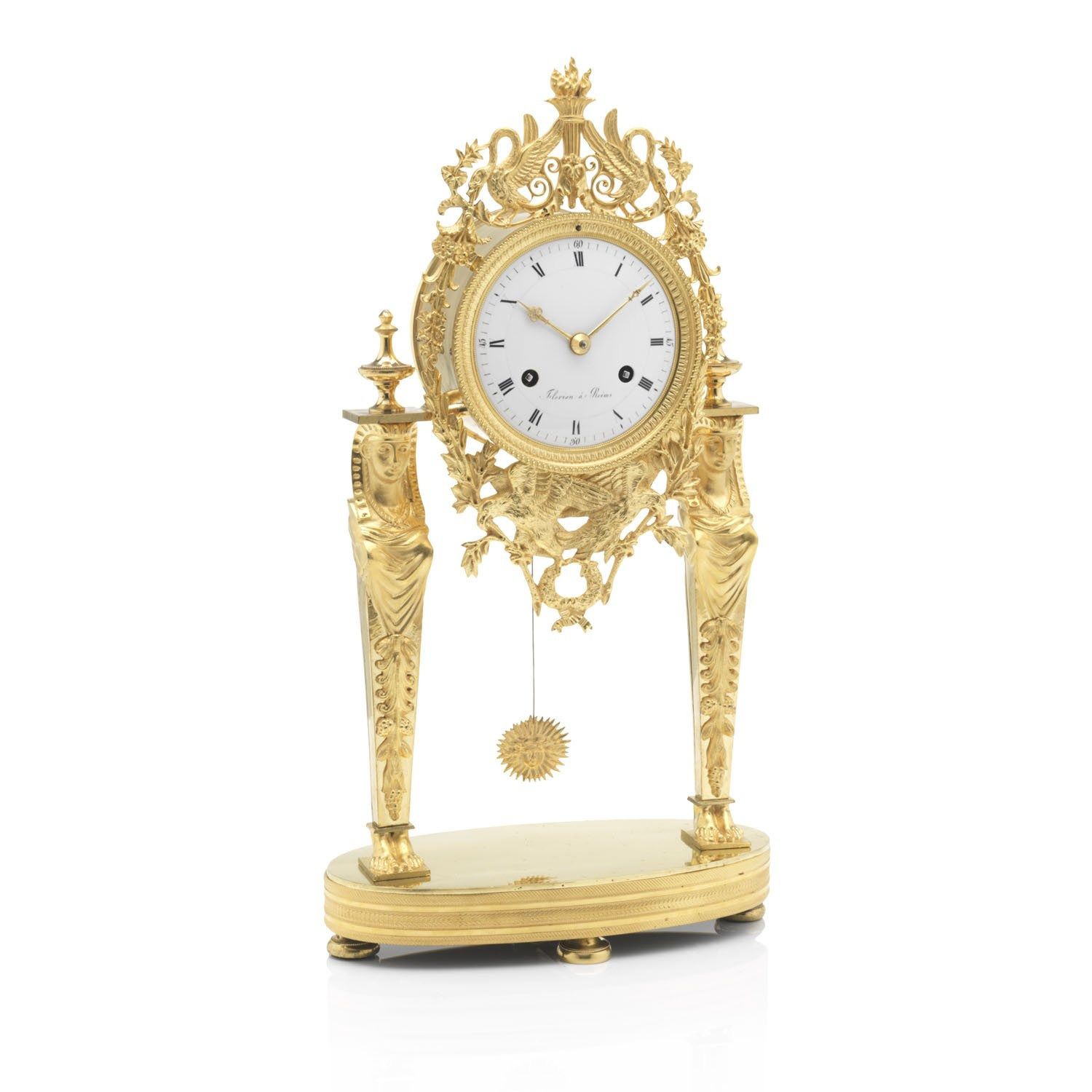 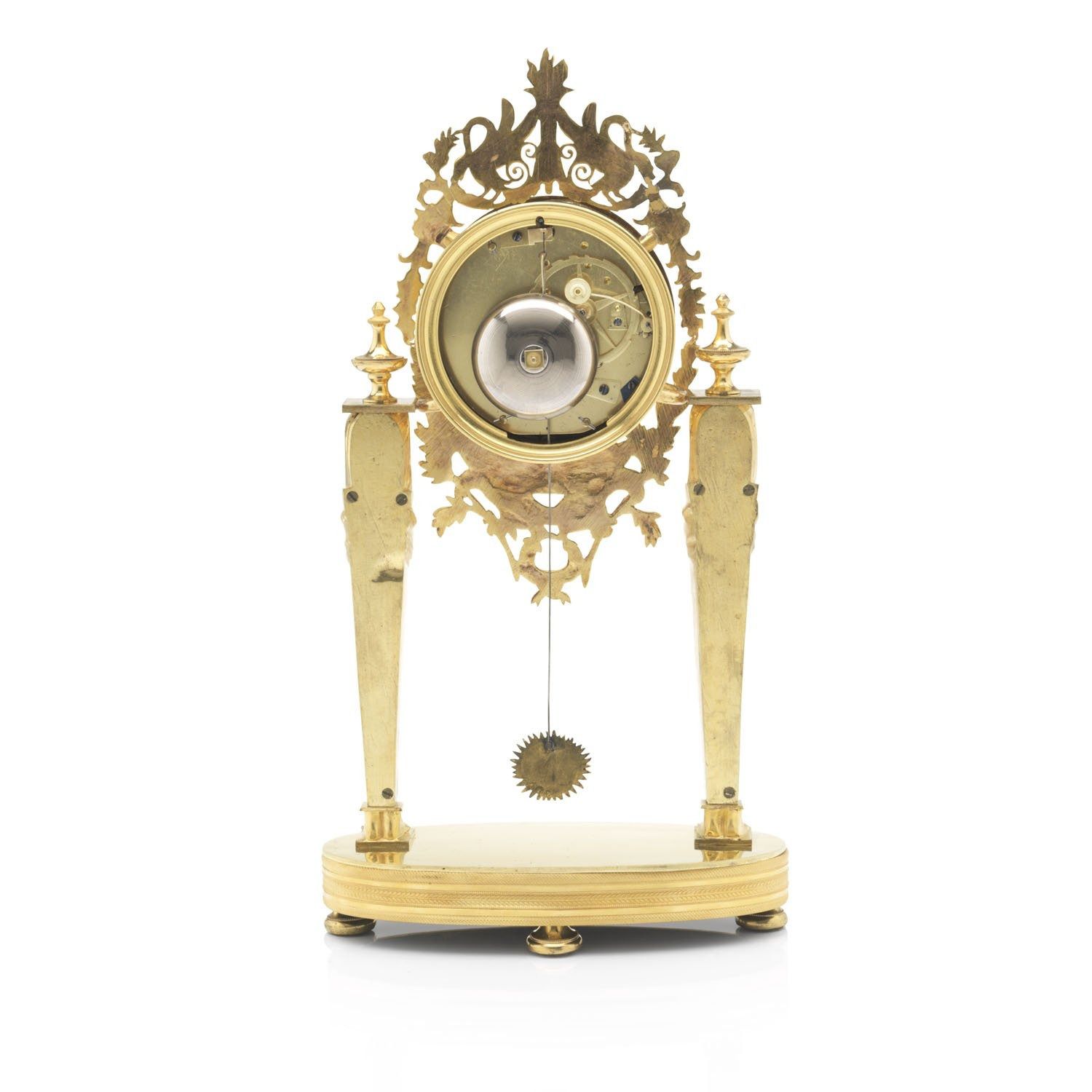 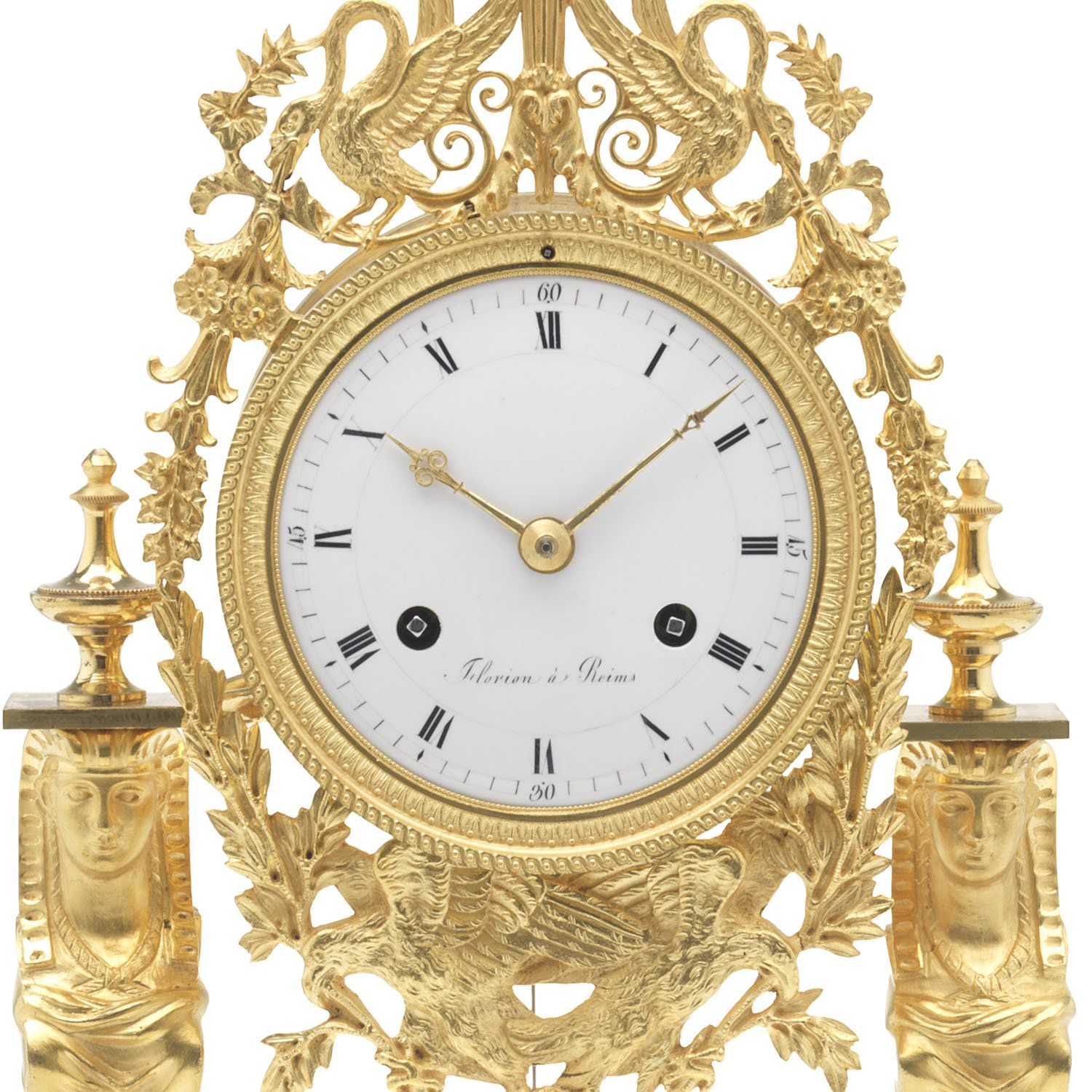 Case
The beautifully embellished case shows the influences of Napoleon’s Egyptian campaign, notably the cast and chased columns with sphinx heads to the sides. The other, symmetrically positioned images surmounted by a flambeau with a wreath and branches below, held by a pair of eagles, occurred in the previous epoch too: the Louis XVI and Directoire periods.

Movement
The movement is a typically French eight-day movement between circular plates with anchor escapement and a short pendulum with sunburst bob and half-hour striking on a bell, regulated by an external countwheel on the backplate.

Dial
The clock has a white enamel dial with Roman hour, five-minute and minute divisions. The time is indicated by a pair of fire-gilt brass period hands. The maker signed his clock on the dial in the following manner: Florion à Reims.

Background
Reims is situated in the Champagne region in the north of France. The city has a beautiful cathedral where Jeanne d’Arc was when Charles VII was crowned (1429).