Dutch mercury barometer by Dominicus Sala, Leiden, an extraordinary barometer with the coats of arms of the Seven Provinces.

This Dutch barometer was made around 1790. The maker was active in Leiden. The case had a history: the pediment is of later date and the cistern cover has been changed over time.

The burl walnut-veneered case has pewter plaques depicting the coats of arms of the Seven Provinces on either side of the register plates.

The paired coats of arms left and right are identical. One plaque was missing and the remaining one was moved to surmount the register plate (note the marks) to restore the symmetry.

The Republic of the Seven United Provinces was a confederacy between 1588 and 1795, with large federal aspects. The Republic covered largely what is now called The Netherlands and was an important economic and political power in the 17th century, playing a major role on a world scale. It came to an end when the French invaded the country in 1793-95, although a decline had set in much earlier. 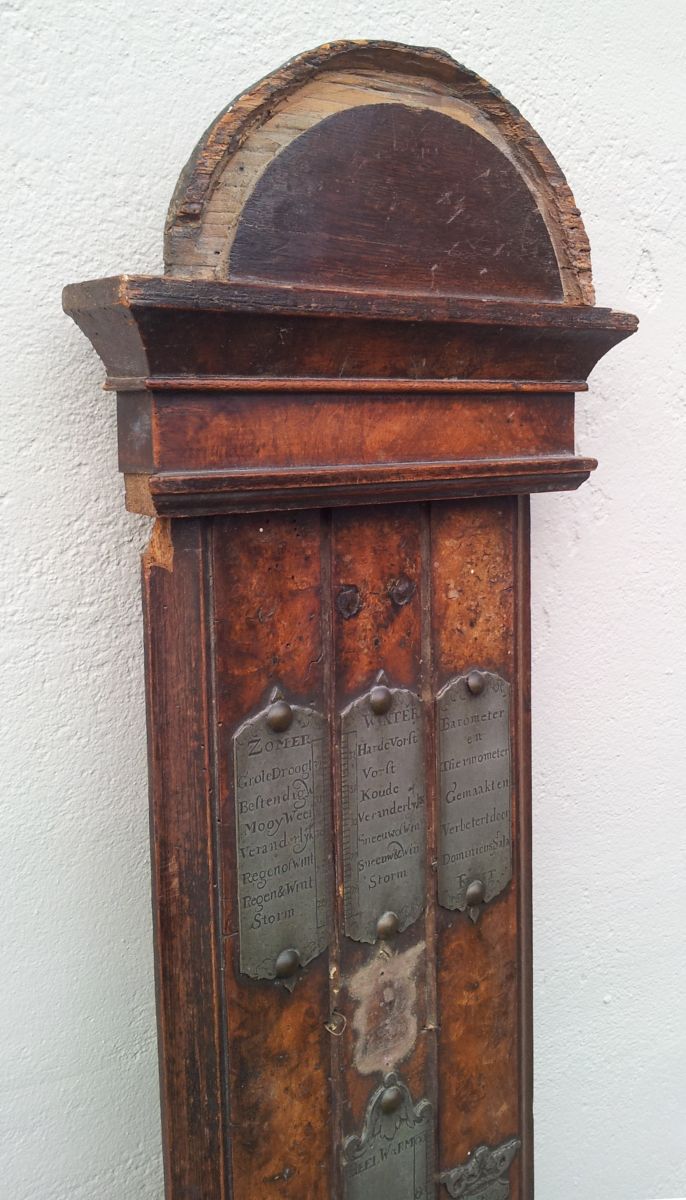 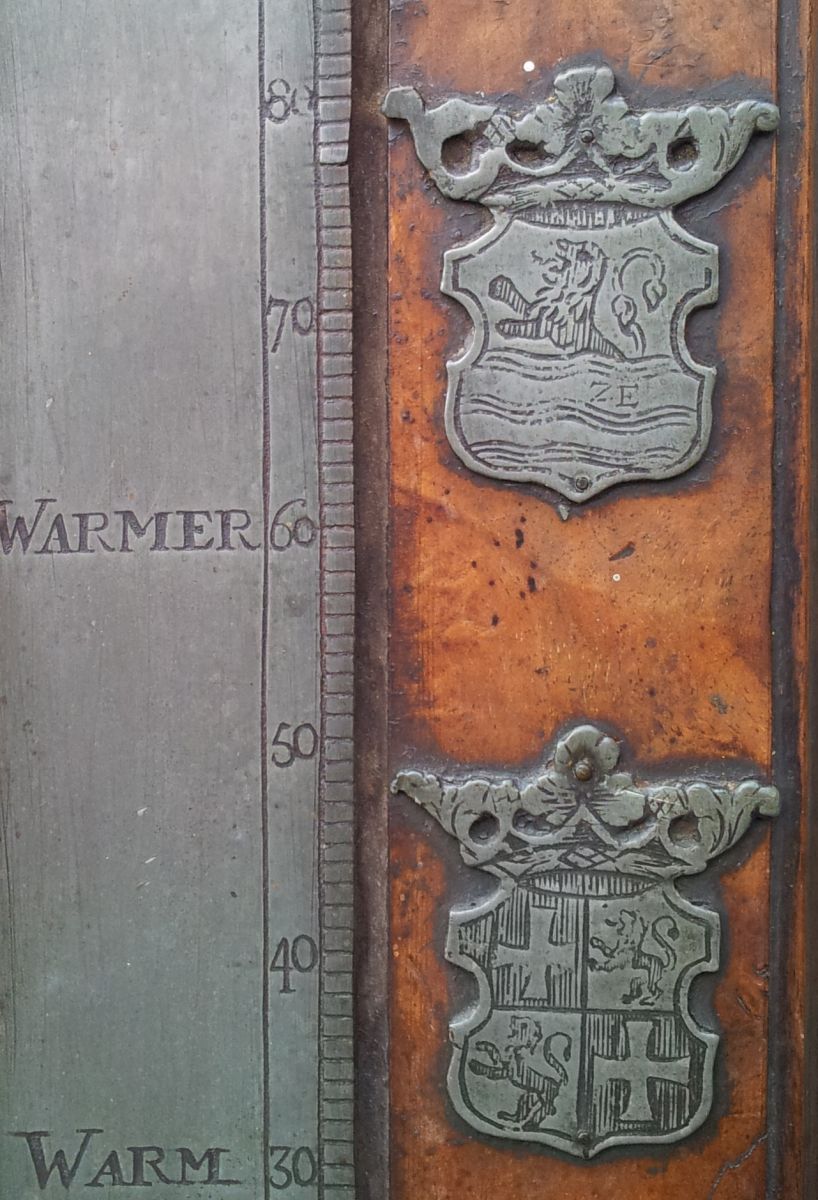 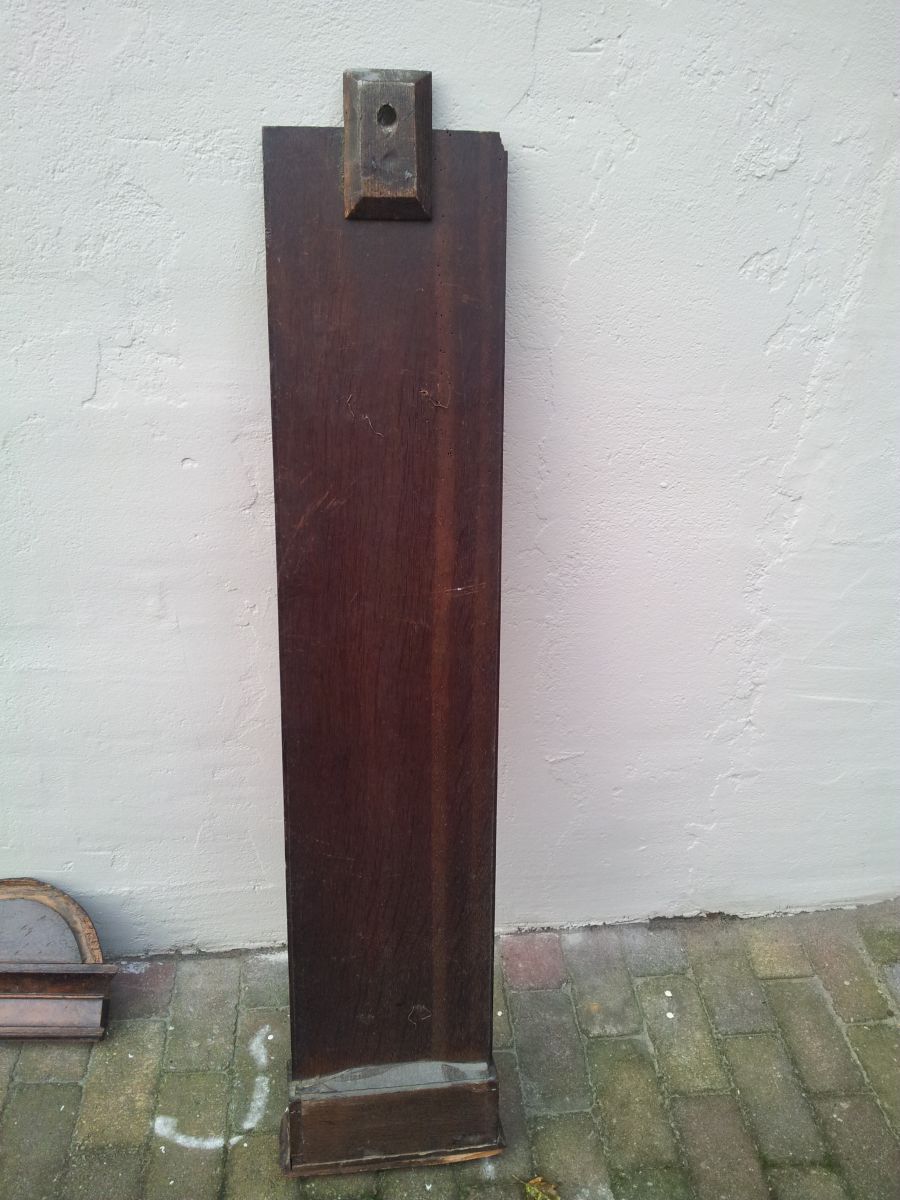 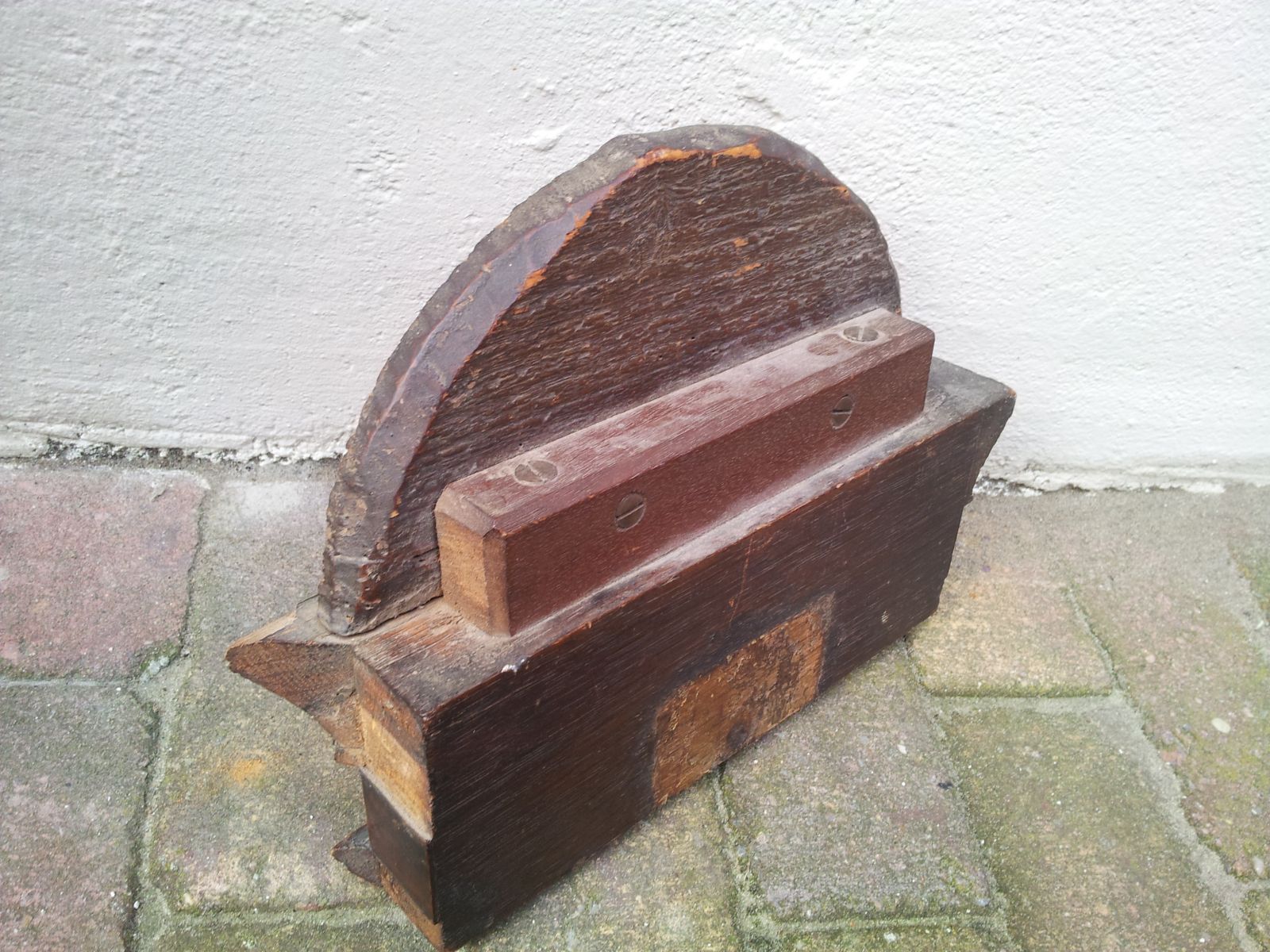 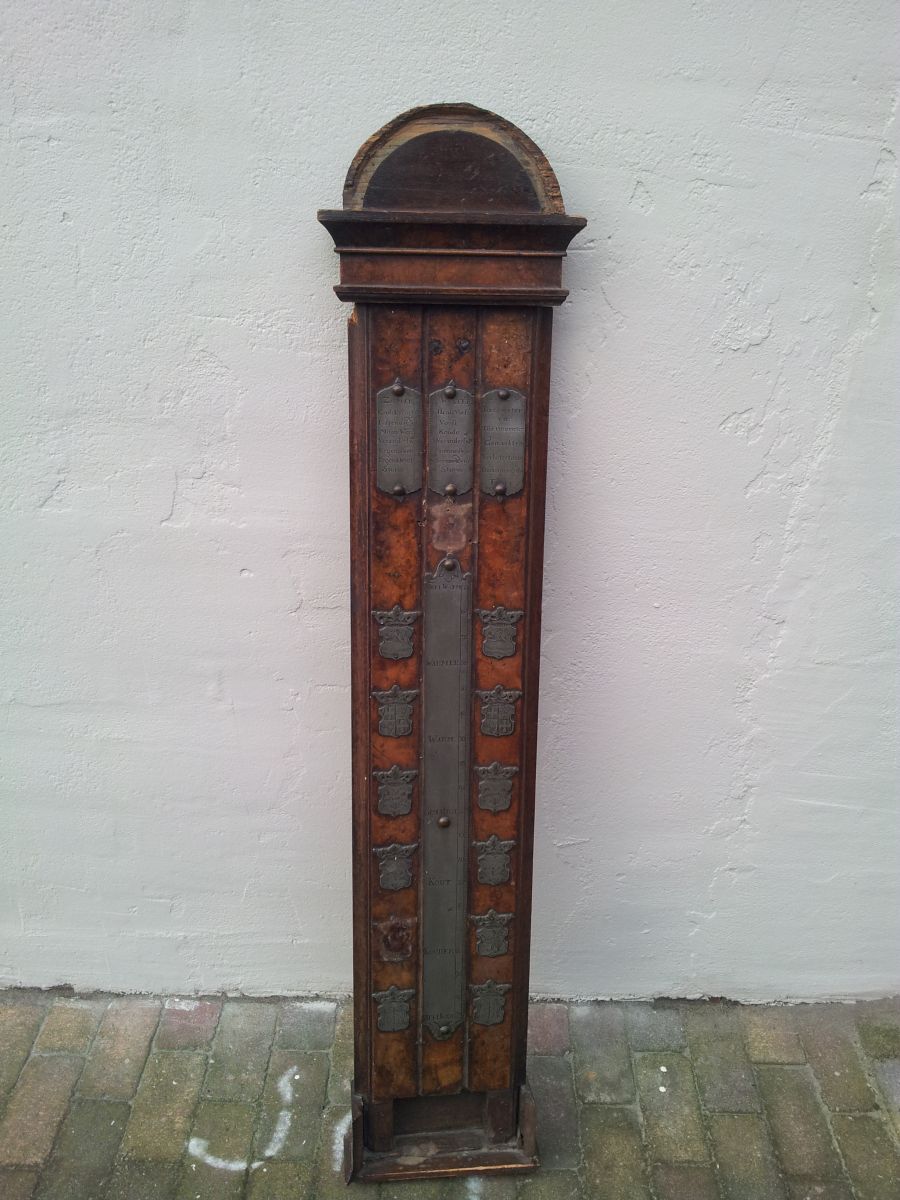 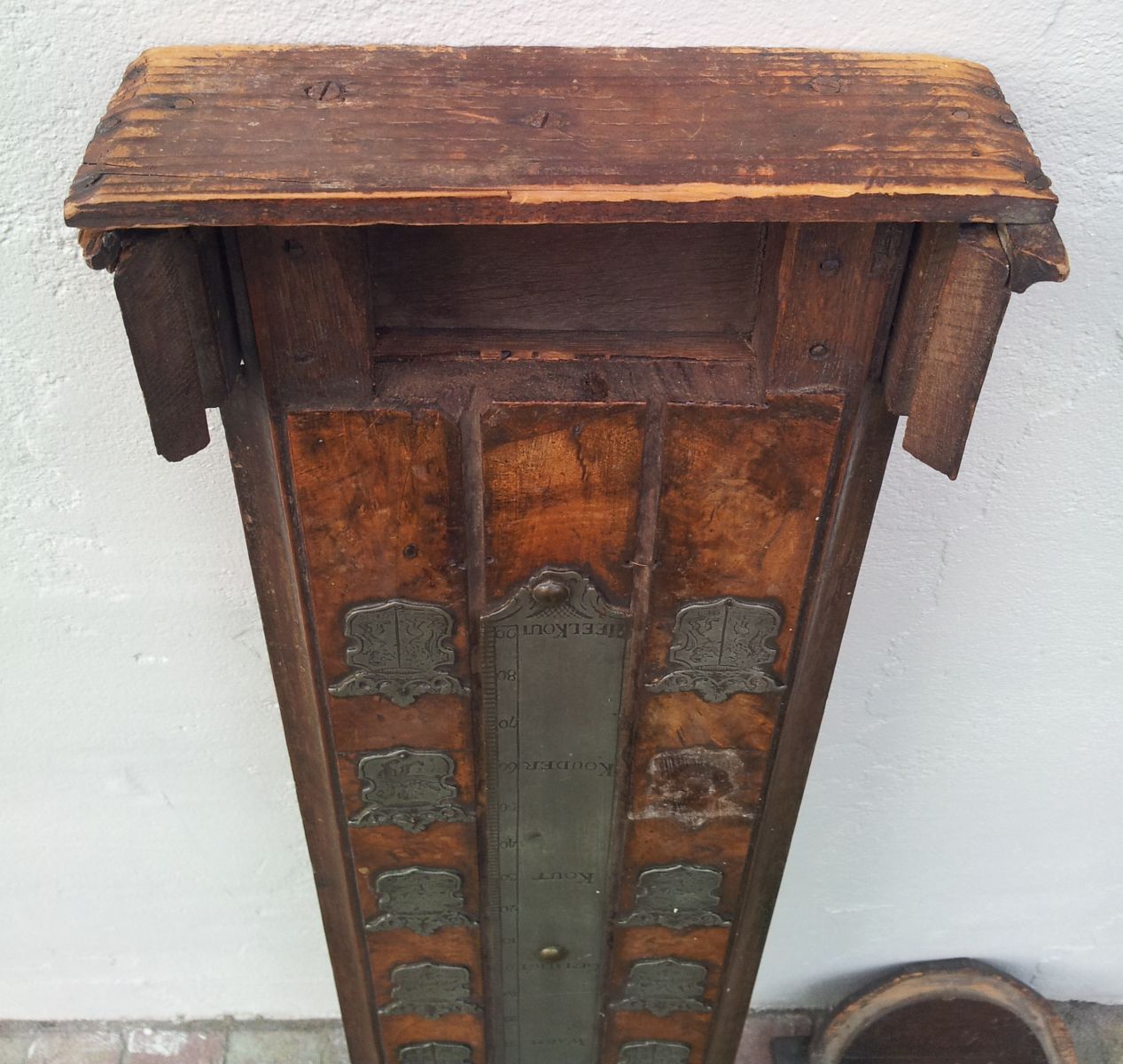 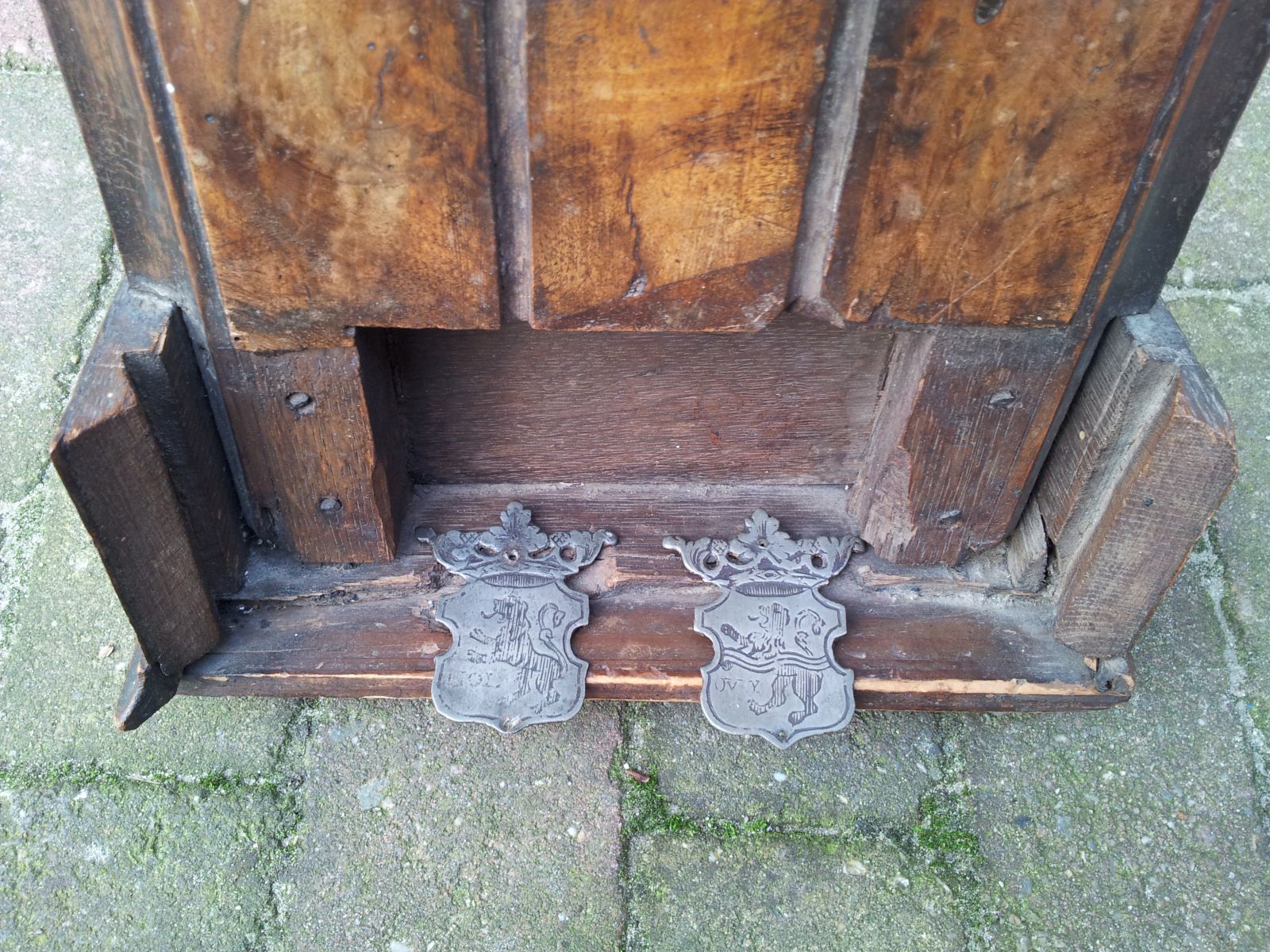 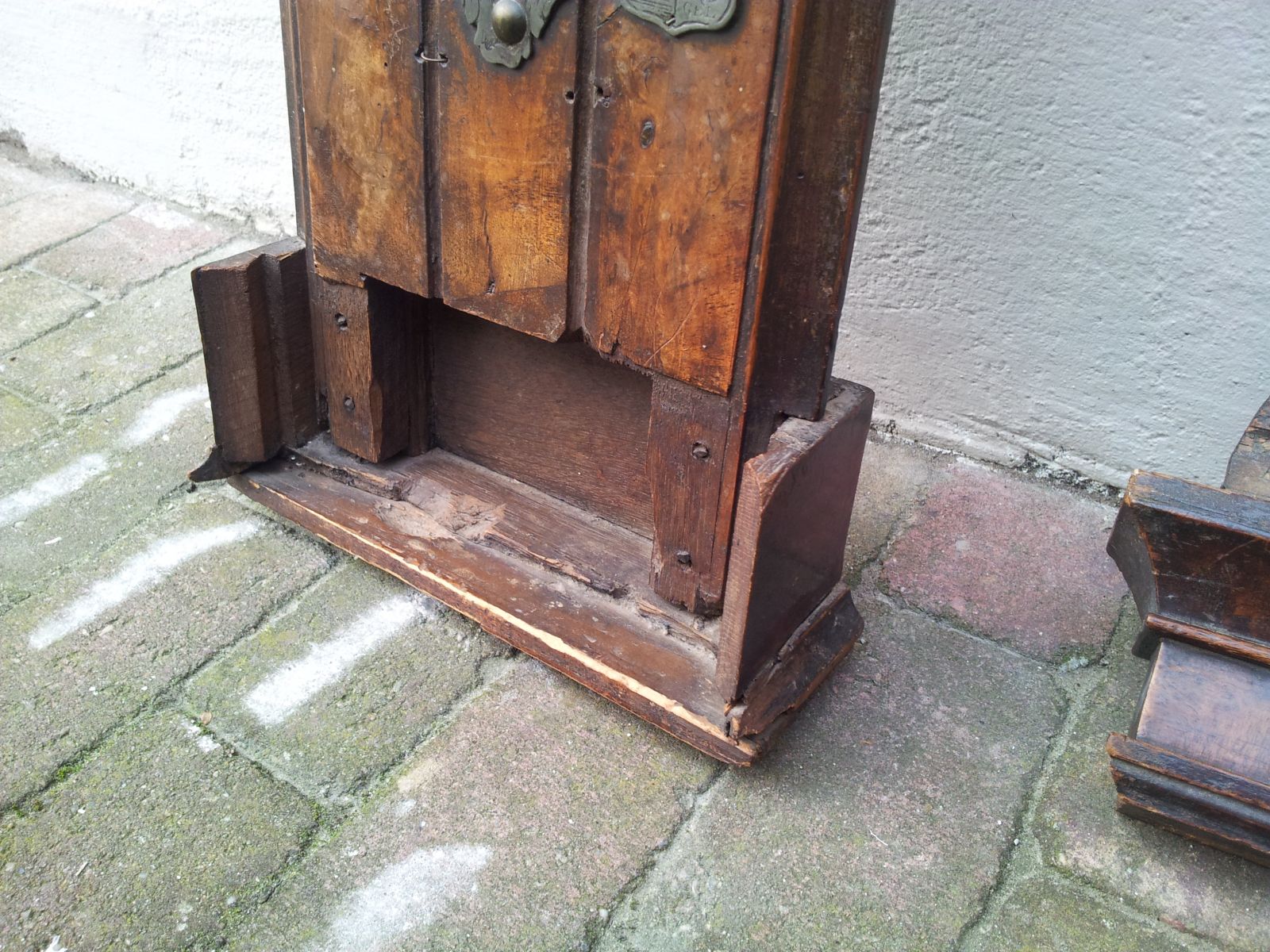 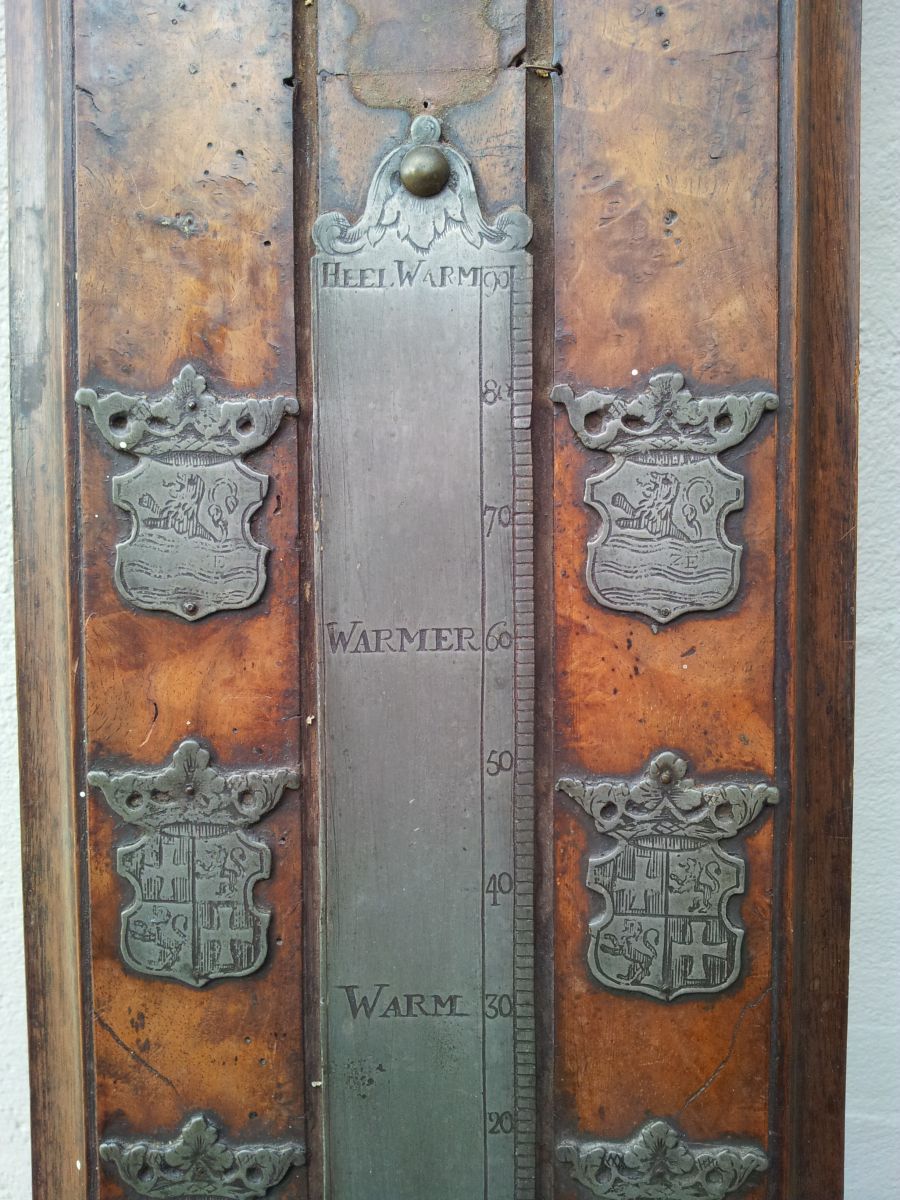 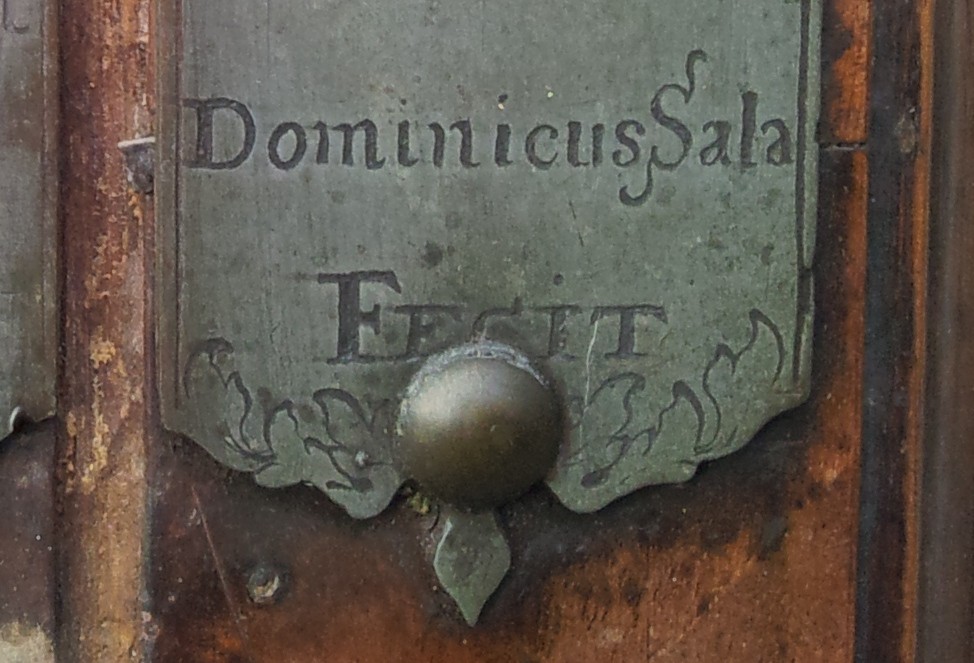 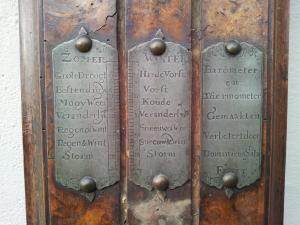